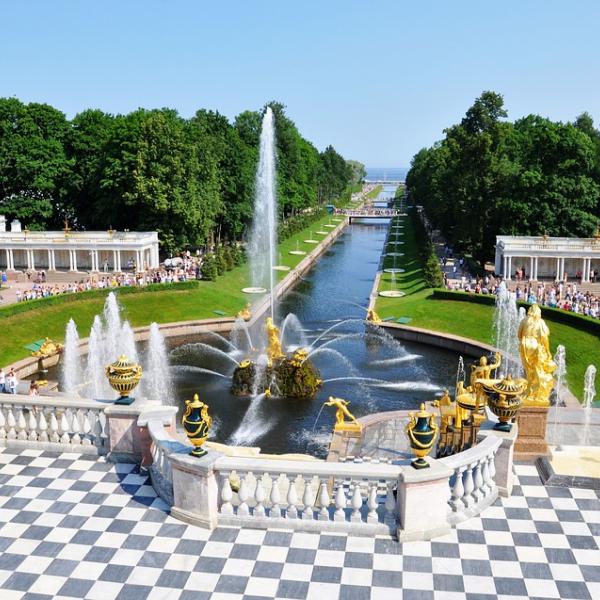 Seasonal novelty – an audio-guided tour to Peterhof, the very first Imperial residence, founded by Peter the Great. Embark on a trip to the southern shore of the Gulf of Finland via the Old Peterhof Road on a comfortable bus and make use of an audio headset to learn more about the residence and its history. Just an hour later and you’ve reached one of the most beautiful places in Europe – the Lower Park. You’ll learn about the water systems in residential parks, about Emperor Peter, his love of practical jokes and tricks; and how his descendants continued to develop Peterhof after his death.

The Lower Park is 2,5 kilometers long. It is a spectacular park ensemble developed over the course of almost 200 years. Looking at this riot of green colors, it is hard to believe that the whole park is completely man-made. Fountains and cascades, small pavilions and royal palaces were built along the shore, surrounded by shrubbery and trees trimmed like in XVIII-century France.

The Grand Palace is one of the main Peterhof landmarks. It’s a Baroque masterpiece that captivates visitors with splendid interiors and rich history. Razed during the Second World War, the palace rose from the ashes like phoenix after the end of conflict.